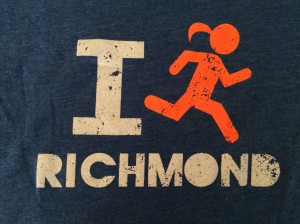 Going out of town for races has become my version of a mini-vacation. Now that I have my car with me in DC, I have the ability to participate in a bunch of races that I never really had the opportunity to run before. During my carless years, if the race was out of town, my only options were to find friends with cars who were also running the race (cough, mooch, cough) or make a whole huge vacation out of it, like I did with Chicago and the Disney races of 2013. I could have always rented a car to drive to the races, but on top of registration fees, meals, and hotel costs, adding a car rental and insurance expenses on top of it really made for an expensive race that most of the time never even happened. Before I moved away from DC, running the Richmond Marathon was always on my list of races to run, but this was the first time I could actually make it happen. END_OF_DOCUMENT_TOKEN_TO_BE_REPLACED

Last year, after losing one of the most epic battles between my rational self and my friend Telisa who suggested we run the Walt Disney World Goofy Race and a Half Challenge, I crossed the finish line of the Mickey Marathon at Epcot Center, immediately burst into joyful tears of disbelief while hunched over and successfully convincing a volunteer medic that I was about to have a coronary, and was then crowned with two beautiful medals that clanked together with joyful annoyance every step I hobbled. I had started out that race without any idea how it was going to end. Waking up at 2AM was BRUTAL and honestly, the thought of laying in bed for a little bit more sleep was almost more appealing than the thought of earning two medals that were prettier than the one I had earned only 24 hours earlier. Telisa and I barely spoke that morning because we were so exhausted, and starting the race, I caught myself wondering if this was the beginning of the last marathon I would ever run. I just didn’t know what was going to happen in between the 26.2 miles that lay ahead of me. Hearing the song “Go the Distance” from the Disney movie “Hercules” as just what I needed to feel like I was about to conquer something amazing if I had the guts to go after it.

As it turns out, that race was one of the most fun marathons I have done (ya know, of the four I have done!) END_OF_DOCUMENT_TOKEN_TO_BE_REPLACED